Girls and Women with endometriosis have suffered pain for too long. ACE has been at the forefront of change, working with politicians to make positive change.

This announcement was made at the launch of the Parliamentary Friends of Endometriosis Awareness group, held at Parliament House in Canberra and attended by the Health Minister, Greg Hunt, Shadow Health Minister, Catherine King, Government Whip, Nola Marino, MP Mike Freelander, and MP Justin Lessey.

This process has been overseen and determined by the 5 principle stakeholder groups of ACE – EndoActive, Endometriosis Australia, the Pelvic Pain Foundation of Australia, the Queensland Endometriosis Association and the Canberra Endometriosis Network – representing advocates, patients, support networks, awareness and research groups around the country. It has come out of a bipartisan collaboration between MPs Nicolle Flint and MP Gai Brodtmann. 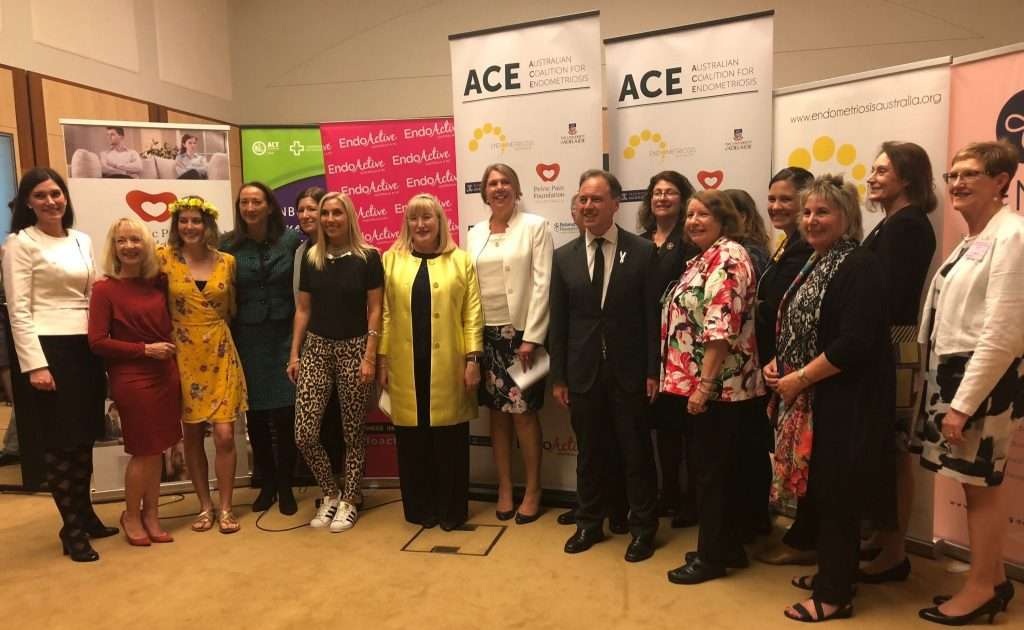 ACE has developed a 5-point action plan with the priorities for change:

– greater awareness of Endometriosis and it’s impact through public campaigns

– greater education at a school level for young people

The Pelvic Pain Foundation of Australia is a not-for-profit organisation formed to build a healthier and more productive community by improving the quality of life of people with pelvic pain.